Hide all scripting activity in the Java fixture code.

Test scripts are a list of instructions to be followed. For example:

Concealed inside the script is a behaviour that the test is trying to demonstrate. But because the requirement is not explicit, it’s hard to know what it is (e.g. “Can we change this link to a button, or is the link part of the requirement?”).

Scripts also tend to suffer badly from duplication. If we introduce an extra step into the authentication process then all the scripts that mention logging-in will need modification. This is exactly the kind of duplication that programming languages are designed to address and why plain English is not a good language for scripting.

Specifications give you freedom

Specifications tell you the requirements explicitly. They are written at a higher level of abstraction to test scripts. For example:

This can be implemented in multiple ways. All of the details about how to test the requirement are hidden inside the fixture code where they can be refactored as the system evolves.

Specifications should be stable

The specifications themselves should rarely change. Even on agile projects, though new behaviour is added frequently, existing behaviour is normally maintained from iteration to iteration.

Decouple using the fixture as a go-between

Instrumentation should not change either

The job of the instrumentation is to translate the examples in the specification into method calls in the fixture. The instrumentation should be very simple and should not show any knowledge of how the behaviour is actually implemented in the system. Once written, the public interface of the fixture should not change; the implementation of its methods may change though.

In general, it’s better not to return domain objects directly from fixture methods, but return strings or small objects containing just the values needed for the examples in the specification. The interfaces of domain objects may change and we want to avoid having to make changes to the instrumentation.

For example, don’t reference a deep property of a domain object from the instrumentation:

But, instead create a new inner class in the fixture that has the exact properties needed, and populate it from the domain object. This decouples the specifications from the domain model and gives you the flexibility to improve the model.

As you write the fixture code, and refactor it to remove duplication, you’ll find you gradually build up a scripting API – a domain-specific language (DSL) – that lets you manipulate the system under test. Eventually, the fixture code will become very stable too.

This is an excellent way of structuring the concrete examples in the specifications, and getting into the mindset of specifying instead of scripting. I believe it was Dan North and Chris Matts who came up with the template:

Given (some context)
When (something happens)
then (some behaviour)

Given a user called John;
When John logs in,
then a greeting is displayed saying "Hello John!".

Once you’ve written or thought about your behaviour using the Given-When-Then template, you can reword the sentence to make it less clunky. For example, in this case we can deduce that John is a user from the phrase “John logs in”, so we can drop the “Given” part and write something more readable like this: 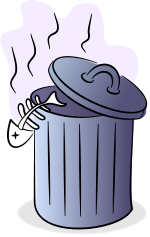 You’re tied to an implementation

If you find you’re having to change the contents of specifications / instrumentation, on a regular basis, this is a strong indicator that the specifications are too closely coupled to the implementation.

So, pretend there are multiple implementations

The solution is to describe the underlying behaviour in a more abstract way. It might help to imagine that there are several different implementations - a web application, a Swing application, and a command-line executable, for example. Only describe behaviour that is required so that you leave as many options open as possible for alternative implementations.

If you have lots of “execute” commands you are probably writing a script instead of a specification.

So, hide the scripting in the fixture

You’re testing too much in one go

As a rule of thumb, well-written fixtures should have no more than three public methods and no method should have more than one or two parameters. Complicated instrumentation is usually a sign of trying to test too many things at once.

So, decompose the behaviour

Focus on one tiny behaviour at a time. Break the behaviour into smaller and smaller pieces until you cannot break it down any further. Then write separate specifications for each piece.

Your fixture code is verbose and hard to follow

All the scripting should be done in the fixture code, but this can make the code seem complicated.

So, create classes to help with the scripting

Begin to create objects to help with the scripting activity - push the implementation details into them. Eventually you’ll create a little domain specific language (DSL).

Examples all have the same structure

Your examples are too generic

So, focus the examples more carefully

The examples should demonstrate the particular behaviour you are describing and should not include any irrelevant details. Push everything you can into the fixture code.

Given the following orders:


When order 1 is cancelled,
Then the orders become:


The layout above is “one size fits all”. It contains lots of context that is not relevant to the behaviour we want to show.

Focusing the examples improves their clarity and reduces duplication:

When an Active order is cancelled, its status is displayed as Cancelled.